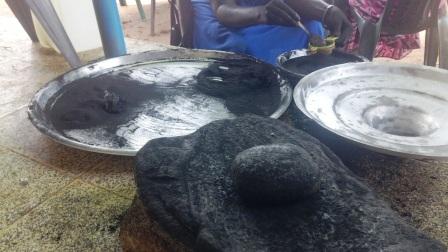 Nydia Wilson Lupai, who works with the Episcopal Church of South Sudan and Sudan as Mothers’ Union Community and Development Coordinator, Diocese of Juba, attended A Seminar in Natural Medicine with REAP in February, 2014 in Nairobi. Since the training she has been very active in making natural medicinal products and in training others in Juba. In October 2015 she organized a Training of Trainers for eighteen (18) Mothers’ Union members from Juba Diocese. They were trained on using Moringa Oleifera leaves and seeds, making chili ointment, using Euclayptus leaves and making medicinal charcoal from groundnut shells and their benefits. Among the trained members were the Patron Deborah Daniel Deng, the Director of Health, teachers, nurses as well ordinary citizens.