The recent heavy rainfall, following an unusually dry season, has brought huge amounts of soil down the slopes. A lot of small farmers have found that the quality of their soil has been severely depleted.

However, this was good news for REAP worker George, because he had planted a hedge of vetiver grass round his land.

Then the heavy rain swept soil down the hillside from the plots higher up the slope, but Georgeâ€™s vetiver hedge stopped it going any further and buried all his cuttings under a foot of silt.

Georgeâ€™s anxious neighbours came round to commiserate, because they could see his hard labour had been destroyed. This gave him an ideal opportunity to assure them of how pleased he was to have gained so much fertile soil â€“ a far more valuable asset!

Sam has been very active this year in planting out more vetiver grass nurseries, so there is enough to plant significant contour hedges on a number of farms.

Taking a stand at the Kakamega Show

This year REAP had a small stand at the Kakamega Show which was held at the end of May.

This was mainly manned by REAP contact people from Western Province, assisted by REAP staff!

The stand was much smaller than the one at Kisumu so it just focused on Natural Medicines, but still stimulated a lot of interest and established good contacts.

The week of training for eight people from Help a Child India at Ukweli Pastoral Centre near Kisumu was an encouragement to all.

REAPâ€™s teaching on natural medicines was almost all new to them and they were very keen to learn the Biblical perspective.Â  Local churches also found encouragement as they had only known Hindu and Muslim Asians! 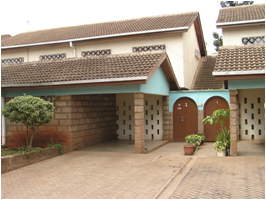 REAPâ€™s Nairobi office is a busy placeâ€¦ a constant stream of Â people come to discuss natural medicines and buy literature, whilst itâ€™s small nursery to the rear has recently supplied plants to Sudan and India as well as to different groups in Kenya.

Thanks that interest in REAP teaching is expanding so that demand for workshops is greater than can be met by the present number of staff.

For insights into how REAP can focus more effectively on teaching against materialism, which often inhibits the effectiveness of spreading REAPâ€™s teaching.

For another year of success at the Kisum Show in August.Â  The extended garden area is now proving to be a good nursery resource, although further land is needed and obstacles to the purchase of land need to be overcome swiftly.