Three out of Three!

REAP has won the top prize for each category that they entered at the Kisumu Show this year. 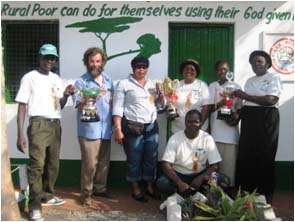 REAP came first in Best Small Trade Stand, Best NGO and Best stand in Environmental Management. The first two had been won in previous years but the third was particularly noteworthy since it was competing with large well resourced organizations.

When the winners were announced there was a protest and in the evening a delegation from the organizers checked on whether the awards had been fairly allocated.
When they were taken round the stand and REAP’s environmental emphasis was clearly explained they were left in no doubt that the award was well deserved.

Representatives from the stands that came second and third in Environmental Management also visited the REAP stand and confirmed they were fairly beaten. 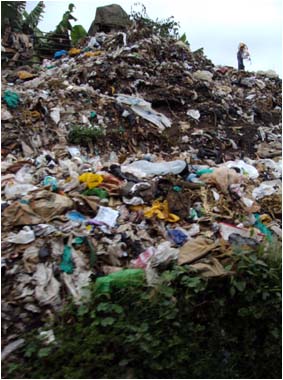 What clinched the decision was a display of rubbish, as seen on so many streets, from which the environmental hazards were pointed out. Then REAP had displayed how the rubbish could be reused. Items such as bottles, plastic bags and bottle tops were shown as valuable resources for much of REAP’s teaching.

One method of recycling that REAP has found to have particular appeal has been the making of ropes from plastic supermarket bags.

Another example is the use of 2 litre plastic bottles. These can be used for spraying animals or for hand washing.

Natural medicines is the other major teaching of REAP that is achieving huge interest at the moment. Many people have suffered from the very dry first half of the year, but REAP has still managed to supply plants to those who need them.

Vetiver grass hedges that have been established in most places where REAP has contacts are showing their benefit in erosion control and water conservation.

Below, Wilamina, Domitilla and Margaret are making a mattress out of old plastic supermarket bags. 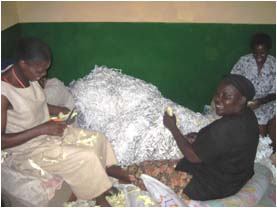